Nancy O'Dell: Interview with the Co-Host of 'Entertainment Tonight' 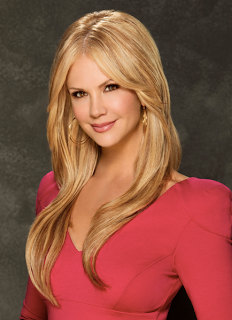 Emmy Award-winning journalist, Nancy O’Dell, is a force to be reckoned with ever since co-hosting one of the top ten highest-rated syndicated shows in the country, Entertainment Tonight. What may have seemed like a daunting task to find the right person to take the place of the legendary host of ET, Mary Hart a couple of years ago, this southern belle has turned out to be a great match for the most respected and longest-running entertainment news program in the world.


With over 20 years of television experience, it comes as no surprise that the 47-year-old was named one of Television Week’s 10 most bankable stars in syndication. But Nancy has garnished respectability as a leading entertainment journalist for other programs too such as Dateline NBC, Today Show, and Access Hollywood, as well as covering several live red carpet pre-shows.


TheCelebrityCafe.com had the chance to speak with this hard working, career mom about her recent degree, her viewpoint on people’s obsession with celebrities, and sharing an important message to parents on how to make sure their teens stay safe on the road while learning to drive this summer.


TheCelebrityCafe.com: Congratulations on your Humanities Doctorate from Clemson University.


Nancy O’Dell: Thank you. I appreciate that. I am really honored that Clemson U contacted me saying that I qualified for such a degree. I could not have been more thrilled. I worked hard for my degree through a lot of sacrifice. But it paid off because I graduated as an honorary student.


TCC: What’s the best advice you got in your career as a journalist?


Nancy: It was actually something I had mentioned during my commencement speech at Clemson. And that advice was, “don’t ever let anybody ever tell you ‘no.’”


I thought that was the best advice I could give to my fellow graduates that was given to me throughout my career by a few people. I remember awhile back when I first started working as a reporter for a local station this news director would tell me, “You don’t want to be a journalist or news reporter. They are all a dime a dozen, you’ll never make it.” I am glad I never listened to him, because I love what I do. Always pursue what you want to pursue and don’t be afraid of failure.


TCC: But what if journalism didn’t work out for you? What other career would you have chosen?


Nancy: There is no question I would have to have been an interior designer. I love decorating. I could spend hours at a furniture store. It’s my other passion, which is why I executive produce and host the show, Celebrities at Home, on HGTV. It’s a show that tours celebrity houses. And the reason why I came up with that show is because I’m so much in love with house designs.


TCC: Going back two years ago, what was going through your mind when first hearing that you would be Mary Hart’s replacement on ET?


Nancy: I was doing Access Hollywood for years before going to ET. When it comes to popularizing entertainment news it was ET that started it all. I could remember sitting at my home in South Carolina and seeing Mary Hart on ET and to me she was so beautiful and smart. I would think to myself, “that would be a cool job to have.” I never thought I would end up having a job co-hosting ET. It’s an honor. If you’re going to end up doing entertainment journalism, which is my profession, this show is where you want to be as far as being the best of the best on network television.


TCC: Earlier in your career you did news anchoring and investigative reporting, but do you find it easier to cover entertainment news instead because it is more lighthearted?


Nancy: I don’t think covering entertainment news is easier it is just different. You are still going out and covering stories and asking questions. I mean, you are a story-teller when you’re a journalist. So whether you are talking about entertainment or covering investigative reports, like what I did during my local news days, no matter what the topic is it’s still a story. So it is the same in a sense but the approach is different.


TCC: People are so interested in entertainment news. Why do you think people have less interest in local/international news, like for example, some don’t have a clue of what’s going on in Syria, but yet they want to know every day what Justin Bieber is doing?


Nancy: I think it’s because of what a celebrity does for a living, whether they are on TV or in movies. There is a part of the public that feels like they know this person. They feel the celebrity is a part of their life. I find that fascinating because for one they think celebrities live such different lives, which is not necessarily true. Also, people want to know if celebrities do what they normally do. There is that side too. In fact, there are both sides to it. They want to know about the fancy world celebrities live in, but they also want to know if they do things that any other regular person would do. But for others being so caught up in entertainment and celebrity news can be a form of escapism for them.


TCC: What would you say is the most memorable celebrity interview you have ever done?


Nancy: Probably one I did with Madonna. It was shortly after she adopted David and I was 8 weeks pregnant with my baby girl. I had interviewed Madonna a couple of times before, but this one was different.


I was journaling my pregnancy during that time by taking pictures with celebrities I had interviewed. All these pictures were going for my scrapbook, which I am a big fan of. So before the interview I revealed to Madonna why I was taking a picture with her and about my pregnancy. It ended up becoming a neat interview because I saw a different side of her; a soft, sweet maternal side of Madonna that you normally don’t see. I honestly believe it was because of my pregnancy. That interview for me was the most memorable and unique experience, because it made me see her in a different light. It’s something I had learned about her.


TCC: I also wanted to ask you about the drive safety program for teens you started with the help of the National Safety Council and Allstate Foundation.


Nancy: Yes. I’m very excited about this program, DriveitHome.org, because this website encourages parents to get more involved in helping their kids learn how to drive. What some don’t realize is that the first year a teenager gets their driver’s license is the most dangerous time ever in their life. Statistics have proven that. Surprisingly the dangers are not because teens are too busy texting or not paying attention to the road. It’s because they have a lack of experience. The Allstate Foundation found out that over 50 percent of teens they talked to wanted more time to practice driving so they can gain more experience. That is why this summer I will be helping my stepson, Tyler, practice driving safely.


The program provides weekly tips such as finding a safe way to drive with your kids like not driving during high risk situations such as when it is raining. It’s the little things that are vitally important. It’s a great resource and wonderful program.
﻿﻿


﻿﻿
Go to the www.DriveitHome.org to take the ‘Sign and Drive Pledge’ for new teen drivers to stay safe on the road. 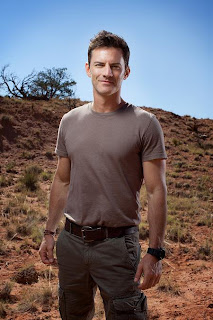 Actor and TV host Brandon Johnson discusses his latest project, hosting a new reality show competition where contestants endure the most harshest elements and toughest terrain in various exotic locations, with only a GPS device and a bottle of water, in order to locate a briefcase containing $100,000. As if the stakes weren't high enough they have only three days to find the loot.

In an exclusive video interview the day before his new show premiered last night (June 6, at 9/8c), TheCelebrityCafe.com’s, Bridget Campos, spoke with Brandon about his recent marriage to his wife, Ariel Fox, including more behind the scenes info of what viewers can expect watching 72 Hours, and recurring his role as Gary Wilde in Disney’s Shake It Up.


Watch the video below: