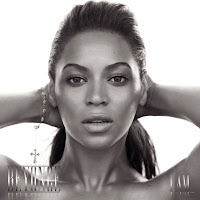 I Am . . . Sasha Fierce became R&B singer Beyoncé Knowles third No.1 solo album upon its release in November of last year, and continues to remain successful not only on the Billboard charts but around the world. So far, Sasha Fierce has gone double platinum.

On Beyoncé’s Web site, she explained the album's concept and why she had chosen to reveal this alter ego of hers named, Sasha Fierce. She stated, “I am in a different place right now and I wanted people to see the many sides of me. The music is upbeat for the dance, fun side and it is reflective, passionate and serious for the personal side. I have taken risks here. I am not afraid and my music will explain it all. There is no label or tag on my sound. It's me and I am so excited to share it with the world.”

Beyoncé spent nearly a year making this album, more than on any other solo album of hers, even when she was with former group, Destiny’s Child.

The album contains two discs as a way to further the concept of the dueling personalities. The first disc is music from Beyoncé and contains the album’s first hit single, “If I Were a Boy.” Most of the songs on the first disc are contemporary/R&B ballads that sound a bit somber, but it does have a sweet-melodious tone to it.

The second disc contains more upbeat music. Aside from “Single Ladies (Put a Ring on It),” the other tracks have more of a techno-like sound that features Beyoncé’s alter ego, Sasha Fierce, who displays traits of a strong, outspoken, sexy, and independent woman.

However, hasn’t this personality been displayed before in her other two albums, B'Day and Dangerously in Love? What about when she was part of Destiny’s Child? More specifically in songs like “Ring the Alarm,” “Baby Boy,” “Crazy in Love,” “Survivor,” and “Say My Name.”

Though Sasha Fierce is an inspiration of Beyoncé’s stage performances, her alter ego fails to make an impression in the album itself. If she had another title to this album, minus the alter ego, it would have been successful regardless.

Perhaps, the album’s concept was a prelude for fans to go see the full effects of Sasha Fierce in concert, which kicked off in March of this year.

Why do so many artists use alter egos, anyway? There can be several reasons why. Sometimes artists will use alter egos as a gimmick, in order to boost their career if they are starting to have declining album sales and/or star status. While other artists use alter egos as a way to branch out to another genre of music that is different from what they would normally do. Some past examples include Garth Brooks as Chris Gaines, Mariah Carey as Mimi, Christina Aguilera as Xtina, and so on.

Some of these alter egos have turned out to be memorable, while others forgettable. Some very successful alter egos that come to mind are: Eminem as Slim Shady, The Beatles as Sgt. Pepper’s Lonely Hearts Club Band, and David Bowie as Ziggy Stardust.

When presenting an alter ego, there should be something about the character that stands out as different. That includes a completely separate sound and image from the original artist.

The second disc failed to make Sasha Fierce stand out as unique, fresh, and edgy; or, dare I say, more appealing than Beyoncé herself.

One prime example is of the song, “Diva,” which sounded exactly like the Lil Wayne song, “A Milli.”

I know die-hard fans of Beyoncé will completely disagree with this review. But there was nothing significant about Sasha Fierce that hasn’t already been seen before. The album seems to have more of a marketing appeal than artistic effect.

Beyoncé is a very talented singer, songwriter, and performer. She doesn’t need a gimmick attached to her.

Overall, Sasha Fierce is a pretty good album. But if you must compare, Beyoncé’s last album, B'Day, was much better.

The best songs on this album, I Am . . . Sasha Fierce, are “Halo,” “Disappear,” “If I Were a Boy” and “Single Ladies (Put a Ring on It).” Just these four songs alone make the album worth buying.