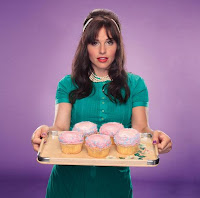 "Her breathy, sweet vocals and catchy hooks draw in even the most casual listener." "Her songs possess a fiery folk-rock spirit." She truly is an "artist that sings straight from the heart."


These are a few of the many praises given to pop singer, Kat Parsons, from both fellow artists and critics alike. She’s won several singing competitions and has had success touring internationally, as well. Due to her father being an opera singer and her mother being a musician/singer, it is no wonder why this Austria native has impressive singing ability and has been called one of the most ‘influential emerging artists.’ TheCelebrityCafe.com spoke with Kat about her latest albums and what advice she would give to aspiring singers that want to make a record.


TheCelebrityCafe.com: What can fans expect from your new album, Oh!?


Kat Parsons: This album is different from my others albums, because I have some happy love songs on it. Oh! shows a different side to my music that has more bouncy, fun, toe-tapping songs on it.


TCC: Who would you compare your musical style to?


KP: Gosh! I would have to say I have been compared to a modern-day Carole King. She is one of my favorite comparisons.


TCC: Do you think because of your parent’s musical background that you were bound to be a singer too?


KP: I think so. Because there is so much love for music in my history, it makes sense that I would be interested in pursuing it as a career.


TCC: With the help of your fans you were able to promote your most recent albums through an internet based company called Kickstarter. What exactly is Kickstarter about?


KP: Kickstarter is a website where people, such as artists, can have their fans participate in funding their projects. Even filmmakers and inventors use Kickstarter. What’s cool about it is that it works for everyone because you are offering people, that like what you do, exclusive access to events and stuff that they will hopefully want.


TCC: Did fans have any say on your Kickstarter campaign project, since they helped fund your albums?


KP: I only asked my fans to help with funding post recording endeavors such as art work, manufacturing, and PR advertising. Most artists spend their entire budget on recording and then have nothing left to get their work out there to the public. Creating this campaign project really helped in getting others to know about my music.


TCC: Would you recommend others to use Kickstarter in order to jumpstart any project they have?


KP: Yeah, but it’s important to have a clear idea on what your project is so others can see that you are serious about your work, because you have invested time and effort on it. Then get it up there and let people know about it. Hopefully it will be something people will want.


TCC: Why didn’t you make just one LP album rather than 3 EP’s?


KP: I was really inspired to experiment with my music by trying out different sounds and working with a different producer on each album. So that’s why I divided it up into five tracks per EP and let each one of the albums have its own vibe and energy. My last album, Talk To Me, was more commercial pop. Oh! has more acoustic instruments to it. And my third one, It Matters To Me, is more singer/songwriter style and contains full instruments. Creating three albums ended up working out very well.


TCC: Since Oh! is coming out Oct. 9 when will the next album be out?


KP: It Matters To Me doesn’t have a set date right now. But it’s looking like sometime in January 2013.


TCC: What advice would you give to a new artist that wants to make an album? Should they self-produce it or try to go with a record label instead?


KP: For my albums, I did not go to a record label. I did everything independently and I really liked that path. It has been very rewarding. I get to interact with fans in a way that have a direct impact on my career. It’s fine working with a record label, but it really depends on what they are offering the artist. In general, I think it is best to go ahead and do what you want to do instead of waiting for someone to grant you access. I just really like the idea of going for it by creating your own work and getting it out there. And if that means recording in a garage band than I think that’s cool. Everyone has to start somewhere.


For a free download of Kat’s new single ‘Love Changes Everything’ from her latest album Oh! you can go to her website at: KatParsons.com

This article was originally posted on Oct. 9, 2012
No comments: