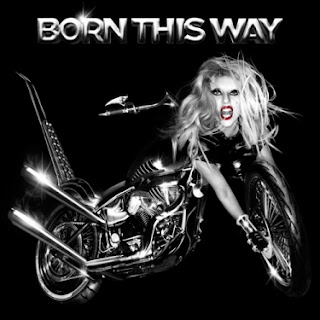 Little monsters put their paws up for ‘Born This Way’
Lady Gaga's anticipated third album, Born This Way made its debut on May 23, 2011. At first critics greatly disapproved the album's art cover and labeled it as "a cheap Photoshop job." But after the album's release, a majority of critics felt Lady Gaga redeemed herself by making an album that's "near perfection." They praised the Mother Monster for her unique approach in creating an album that explores 80's rock music with a modern techno-pop sound, mashed with clever lyrics that contain strong religious references. From the critics' perspective you would think Born This Way is one of the most iconic albums ever to be made. Perhaps so, even Lady Gaga herself said Born This Way will be "the greatest album of this decade." But is that really the case?


On the first week of its release, Born This Way sold over 1.1 million copies and reached the No. 1 spot on Billboard 200. That same week, Amazon.com had a two day sale of the album for only 99 cents, which amounted to 440,000 copies being sold. Some have speculated that this internet sale contributed to 40% of the album's sales for that week, which in turn helped Lady Gaga receive her first number one album and put her in the top five ranking of female artists whose album sales have broke the million dollar mark within its first week. When an album is put on sale on the day of its release, this is really not a good sign. Think about it, if you created an album that you've labeled as your best work ever, would you undervalue it by selling it for only 99 cents? Such actions show that the record company has no faith in the album. This can happen because either, prior to the album's release, the feedback isn't very positive and so the record company is not sure if the public will buy the album or not. Having such a sale could aid in putting the album in the number one spot on the music chart, or at least very close to it. From a consumer's standpoint they are more likely to buy the album because they are getting a deal. And if it's a lousy album, hey they only spent a buck on it. Some listeners will wait until they see how well it does on the music charts. If they see the album is in the number one spot than it must be worth buying. Within the third week of its debut, Born This Way has since made a steady decline each week thereafter.
But aside from record sales, listeners will mostly enjoy the singles on this album, which are "Born This Way", "Yoü and I", "The Edge of Glory", and "Judas." They don't have the same popularity of her past singles from two to three years ago, but they are entertaining to listen to. Another really good track on the album is "Bloody Mary." It has a mixture of Depeche Mode and gothic opera. If listeners are into European techno-pop then they will also enjoy the song "Scheiße" However, the rest of the tracks on this album are just ok.
After listening to Born This Way, all I can say is thank god for digital music. Now I know you have probably heard from artists or music connoisseurs to buy only vinyl records. But remember back in the days (say 12 to 15 years ago) when CDs were popular? A person would spend $20 to $25 on just one album and hope it was worth buying. Sometimes you got a classic that you would listen to from beginning to end, but then there were times when you were stuck with a flop album, where if you were lucky, you'd get one or maybe two tracks (usually singles to the album) that were good and the rest were throw away songs. That was the case until mp3 downloads were created. Online music stores such as iTunes gave consumers the power to buy whatever music they wanted to listen to. Music lovers are not pressured to buy albums but instead can purchase individuals songs of their choice. But in the end it kind of worked out because artists nowadays make better singles than albums. It is extremely rare to hear an album that's good from beginning to end.
So is Born This Way worth buying? Well, if you are expecting the album to be just like her last two albums you might be disappointed. But, if you have already heard all of Born This Way's singles and enjoyed them, then you will like listening to the entire album.
When it comes to comparing the success of Lady Gaga's first album, The Fame, to the record sales for Born this Way, there is a significant difference. Her album sales have dropped by half, not only in the U.S. but in several parts of the world. It is evident that Lady Gaga is at a crossroads of her career. So what could be her next move? Either she will change her music style again and come with yet another persona, or maybe go back to what put her career on the map, so to speak. Original fans of Lady Gaga are screaming for the days of "Poker Face", "Paparazzi", and "LoveGame"; and have grown weary of her latest self-deprecating stanzas. Yet, true little monsters of Lady Gaga will stand by her no matter what persona she takes on. She can be Lady Gaga one day or her male alter ego, Jo Calderone, the next day. It doesn't matter.
Reviewer's Rating: 3 out of 5
Reviewer: Bridget Campos